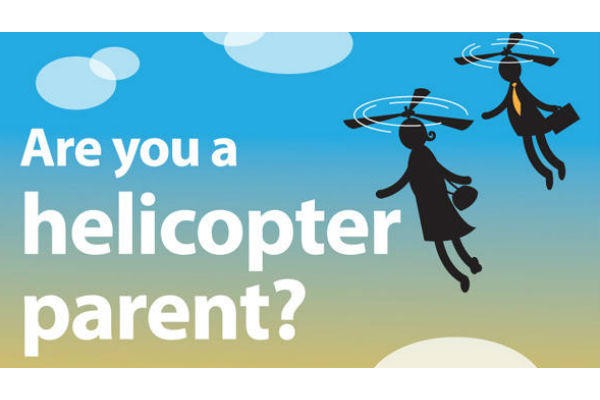 Parents have very crucial roles in the upbringing of their children. In most marriages, the parenting lives could be so demanding and often requiring one of the parents to leave jobs temporarily. Helicopter parents, although they are in most cases well-meaning, can do significant harm to their children as they become adults and begin their careers.

The question however is, how far do we go in providing support and care. What determines the cut off?

In several countries this is linked to civic definition of maturity such as age of decision or voting age. Generally 18 is the mode year. At this age the child becomes an adult, and is expected to take up adult responsibilities and carry out related tasks.

The helicopter parent phenomenon is becoming popular now, as against the past when it was a rarity.  How do we describe this phenomenon? Here it is – parents are putting in excessive levels of involvement, control and problem solving while the child is left in the sleep mode – they just watch on.

Why are parents adopting the helicopter approach to child rearing?  Why will a parent be involved in seeking post graduate admission or driving the child for a job interview?

Some research finding attribute the trend to higher cost of training children nowadays and so parents feel they have to monitor their investment by influencing the outcome one way or the other.

There are other reasons such as:

In all, helicopter parents are putting their own emotional needs ahead of the developmental needs of their children. They compromise children autonomy, mastery and personal growth.

The conclusion here is that we should allow our children to grow up. Parent should only grow a child who is capable of taking on adult tasks. Let them learn to make good choices for themselves this may involve some mistakes. We should counsel them, coach them but support their choices. Let them take risks: it is part of growing up. When we watch them take decisions we can provide objective feedback which will make them better. To helicopter parents note that it is their lives not yours. Someone said that these children will in future take decisions about our welfare. So if they lack that ability to take good decisions they may take wrong decisions about us including dumping us in the old people’s home to finally get rid of us. That may be payback period for helicopter parents.