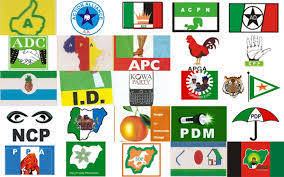 Nigeria we hail the. The wife of the President recently came out to state her own side of the political story: her mid-term assessment of the presidential reign of the APC party.

Since the wife of the president was on the campaign train of her husband she knew what they promised, she is aware of the manifesto of the party. It is true we have seen some government officials contradicting the same manifesto: the same promises made to the people. As Chinue Achebe said “No long at ease” things are no long at ease in Nigeria. We are changing though!

In one of the several attempts to define leadership and using the Quality approach, we have what is called the demanded Leadership. This is the leadership borne out of situations in which the people have the opportunity to identify what they want and they demand such. President Buhari is in the cast of a demanded Leader. He was requested to come and fight corruption, restore security throughout Nigeria and of course bring discipline back to government. It is early days yet but the wife of the President from close quarter may not be comfortable with the things on the ground probably thinking such will not deliver the promise or the demand of the people as made by their votes. Women are more concerned with promises and integrity. In this light, we can appreciate her open letter to the president. I am sure there were several letters in the “other room” which did not deliver the expected result.

So what is a political party?

Every individual is a polity party of his ideas and conscience-mind, a political mindset. Alone we may not call it a party. When two or more people of like minds now come together – a defined party is formed. Since ideas and understanding and expectation on all issues will not be possible, a common position is then agreed to help when we disagree. This is what the party manifesto is designed to achieve. If the party members who are parties on their own do not respect the manifesto and willing to surrender to the majority position, there will be occasional burst-ups and outbursts. We are not short of political problems emanating from diverging positions on the manifesto: called inter-party crisis. The PDP is a well-known example- when they were in power. Now APC is in power and internal party crisis is shifting base to APC. Perhaps, it is a power thing.

So it is obvious that in the “other room” there are two parties – the president as he is and the wife of the president as she is. On some political issues (remember politics is about people and what we do for people) they will be perfectly aligned at the Centre. On some other issues and occasions, they will be moving towards a different end of the divide. Depending on how far apart, we may hear of it if there is no compromise. Whether this is happening between the president and his wife or among the groups within the larger party the result will be the same. It is worse in the bigger party as there could be break ups.

In this our case study, the wife of the president wants a happy Nigeria with people smiling but she may not be politically experienced to understand how these things happen. The coalitions, the God fathers etc. are also part of party structure and success. Funny enough if Nigerians are happy and the God fathers and coalitions are not, there may be a bigger problem of not even winning nomination to contest again.

We are waiting we will ask the president what we demanded of him at the appropriate time.

The take away here is that as part of our political development we must recognise that every one of us surely has a political position which is the “party” in us. This must be appreciated. So we must learn how to accommodate all of us. Aggregation and consensus building is part of political party development everyone counts just as every vote counts.

This is why we are happy people –things like this make us smile and take away tension. Surely the exchange between the President and his wife made us happy not sad. At least a new nomenclature is already added to the home front “ the Other Room” but this is only for the initiated I mean those qualified to have the other room.